Case study: Aspuna puts agri-processing in Gambia on the map 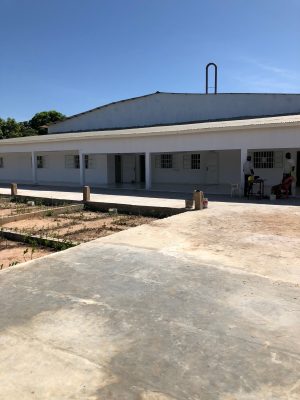 As the only West African manufacturer outside Nigeria producing starch to an international standard, Aspuna Gambia is able to replace expensive imports.

This means that, not only is Aspuna Gambia helping to reduce unemployment and improve rural livelihoods locally. It is also increasing Africa’s food security, whilst meeting international demand for gluten-free ingredients, thereby placing Gambia on the global agri-processing map …

In terms of agricultural potential, The Gambia is an often overlooked West African gem. In spite of agricultural production being the country’s main economic activity, its performance and share in most key socio-economic indicators over the past decade have been inconsistent. In some years, production has even stagnated or declined. One reason for this, according to the Food and Agriculture Organization of the United Nations (FAO), is declining international commodity prices.

Gambia’s Ministry of Agriculture could see that Aspuna’s business model, which focusses on unlocking agricultural potential through investing in local processing activities, offered an opportunity to counterbalance the negative impact of declining prices. By processing homegrown products at source, Gambian farmers would be able to lock the value of their crops into their communities. As well as increasing profits, doing so would generate sustainable socio-economic returns, including employment, economic stability and food security. 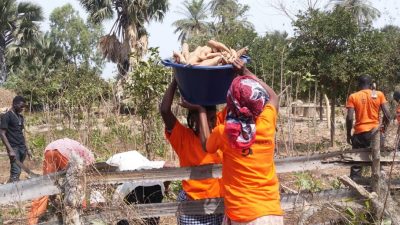 Cassava is a common Gambian crop and a vital ingredient for both the food and textiles sectors in Africa. Indeed, the continent’s domestic food industries, particularly the baking sector, have been encouraged by governments to use cassava flour or starch as a part-substitute for wheat flour. Some countries are even considering mandatory blends of cassava flour with mostly imported wheat flour. Their aim is to reduce import bills and allow the saving of foreign exchange.

At the same time, the international food industry has seen a marked increase in demand for gluten-free products. Tapioca, the starch that’s extracted from cassava root, has become the ingredient of choice to guarantee a well-tasting alternative to gluten-based foods for many large scale bread manufacturers. The rise of diabetes has also stimulated demand for artificial sweeteners across the globe. Indeed, the increased demand for sweeteners is expected to drive the cassava starch market to grow annually by 3.92% up until 2024.

It’s not just the food and textiles industries that are driving demand for cassava though. The pharmaceutical industry also uses tapioca to stiffen capsules and pills, and the industrial sector uses tapioca to produce paper, cardboard, textile, plywood and glue. 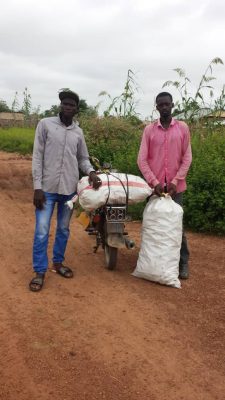 Two youths receiving Aspuna-sponsored planting material of superior yields in order to boost yields and improve livelihoods. With thanks to GYIN.

Given that, as a social impact business, Aspuna Group is committed to generating socioeconomic returns alongside profit, the potential to support farmers in The Gambia to maximise the value of cassava was clear.

So, Aspuna agreed to build a processing plant that would enable farmers to transform cassava into starch of a quality so far unrivalled in Africa. Partnering with local farmers, Aspuna is also building a robust supply chain and ecosystem around the factory, supported by the German development agency (GIZ).

Wishing to extend the factory’s impact further, Aspuna, Gambia’s Ministry of Agriculture and GIZ also partnered with the Gambia chapter of Global Youth Innovation Network (GYIN) to design and establish a youth farmers’ outgrower scheme. Aspuna and GIZ have also set up a learning centre with an apprenticeship scheme connected to the factory.

This 1,200 metre long factory, which has a dedicated hygiene zone and showering facilities in line with international regulation, opened in winter 2017, having taken just 18 months to complete. It is building up a loyal customer base in Gambia and the wider western region, and, having established a market need for processed mango and tomato in the region too, the team is actively working to add further processing capacity to this plant. 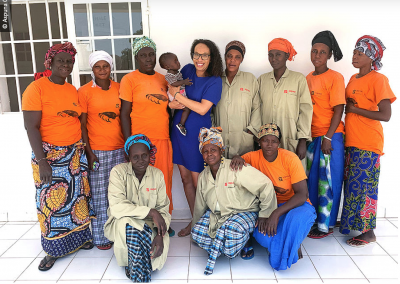 “Aspuna, in the first instance, offers Gambia itself an alternative to imported starch, the price setting of which is guided by international markets, rather than our domestic situation. In doing so, it secures employment for local communities and economic stability for the region,” said Gambia’s  Ministry of Agriculture’s business development officer for the Nema-Chosso Programme, Mr Banky Oliver Njie.

He added, “In this way our local processing facility here, although a private enterprise, is unlocking agricultural wealth in an overlooked area, whilst bringing about vital structural change and socio-economic development to The Gambia.”

According to Maria-Yassin Jah, CEO of Aspuna Group, Aspuna’s social impact strategy rests on two pillars: the integration of small holder farmers; and the creation of quality jobs and training opportunities for mainly rural youths.

Creating 35 jobs, appointing 37 apprenticeships and providing just under 1,000 farmers with the opportunity to process their own harvests and profit from the outcomes, Aspuna Gambia’s processing plant is already a huge success. As production continues, Gambia can become self-sufficient, reducing import bills. And as Aspuna’s trading division ramps up export of its international standard processed starch, the business will be facilitating the Gambian government to save foreign exchange.

Jah advises how and why this processing plant is the first of many: 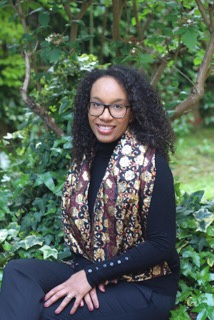 “As our first subsidiary, Gambia continues to play an important role for the Group as a technical and commercial test field. Approaches and methods that succeed in Gambia serve as the framework for the development of bespoke solutions elsewhere on the continent. We have now successfully set up two further subsidiaries based on our business model in Nigeria and Tanzania and are also developing processing projects across several other countries in Sub-Saharan Africa

“Our deep understanding of the operating environment, as well as connected markets, alongside the partnership approach our bold and diverse team take, inform all our solutions. We operate at speed because we can be agile, flexible and informal where we need to be, making us much more effective than many of the international donor organisations with huge budgets.”

It is Aspuna’s belief that such frugal innovation at speed will push Africa forward. So far, all the signs are good.